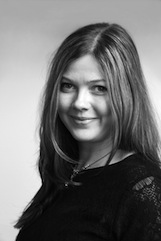 Karen is experienced in treating a range of patients – including office/desk-workers, pregnant women, the elderly, dancers, singers, athletes, babies and children.

During the four years that Karen spent studying Osteopathy and Naturopathy, she worked as a Natural Remedies adviser, and practiced Lymphatic Drainage and Sports Massage.

Since qualifying as an Osteopath and Naturopath, she has completed further training in Medical Acupuncture (dry needling), Cranial Osteopathy (Sutherland Cranial College), and Applied Kinesiology (ICAK). For more information on these additional therapies please see www.karenwillis.net.

Karen originally trained as a Biochemist at the University of Edinburgh. During this period she became deeply interested in the field of complementary medicine. Following some years of research into cancer, genetic disorders and disease diagnostics, her interest in natural therapeutics led her to pursue a career in the healing sciences.

Cranial Osteopathy is a very gentle and powerful speciality within Osteopathy, which is particularly useful for the treatment of infants and children, pregnant women and post partum mothers.

The cranial osteopathic method was founded by Dr William Garner Sutherland, who first began considering the idea of ‘cranial’ osteopathy in 1899. He described a motion of the cranial and sacral bones corresponding to the movement of the cerebro-spinal fluid around the brain and spinal cord (the primary respiratory movements). This movement he discovered was reflected throughout all the connecting tissues of the body. Every cell and all the fluids of the body express a rhythmic, involuntary motion that is of primary importance in each person’s health and vitality. Dr Sutherland discovered that relieving minor “strains” or abnormalities within the motion of the cranial bones and their reflection at the sacrum, produced profound effects on the general health of the individual.

This rhythmic involuntary motion is often called the cranial rhythmic impulse or the involuntary mechanism. The cranial rhythmic impulse is a palpable cyclic wave of motion present throughout the body. It is not a ‘movement’ like at the knee joint or elbow joint, it is a sense of resilience, yielding or expansion type motion, a rise and fall similar to a tide. This motion takes place within the fluid based systems of the body (particularly the cerebrospinal fluid).

Where the flow of this wave of fluid is blocked, problems may arise. These restrictions impair the body’s own inherent healing mechanisms. Restrictions can occur in the central nervous system, lymphatic system, sinuses, joints, fascia, soft tissues and organs – craniosacral dysfunction patterns may be found throughout the body. Treatment is directed towards reducing restrictions in the flow of this fluid. This releases membranous and articular strains and patterns within the cranial system or within the body framework, helps fluid drainage and encourages a more vital expression of the involuntary mechanism.

The cranial rhythmic impulse is a tiny movement, and therefore palpable with only very light touch, it is especially palpable at the cranium and at the sacrum. The cranial osteopath is able to feel this impulse throughout the body and uses specially trained palpatory skills to assess what forces have been imposed on the cranial mechanism from birth, childhood, illnesses, allergies, emotional or other trauma.

The osteopath is aiming to understand how these forces have caused subtle restrictions in movement in that individual and what the patterns of dysfunction are for that person. The osteopath then works to encourage the bones or compressed tissue to right itself and to function normally by applying light pressure until the system begins to respond. As restrictions release, the osteopath can sense an improvement in the cranial rhythmic impulse, a greater “ebb and flow of the tide”.

Here are just a few of the conditions that may benefit from treatment:

The initial 45 minute consultation, which includes treatment costs £95 and subsequent 30 minute treatments are £65.

Clinic Central is located just off Upper Street in the heart of Islington, North London.

This is within easy reach of Angel, King’s Cross, Clerkenwell, The Barbican and The City, and within a couple of miles of Holloway, Camden, Kentish Town, Bloomsbury and Holborn.

Please note: These therapists are independent of Pilates Central.

Pilates Central shares its building with a multi-disciplinary team of medical, biomechanical and complementary therapists, collectively known as Clinic Central.