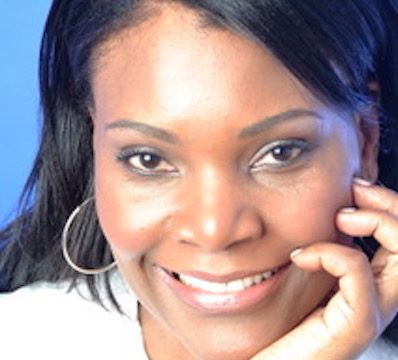 Angela Scott-Walker is now in her second spell as one of our Pilates teachers at Pilates Central, re-joining us in 2012.

She first encountered Pilates when she studied at the London School of Contemporary Dance. “Pilates with Alan Herdman was part of our weekly training. I really got into it when I tore my groin and was told that maybe I would have to change my career. But combining physio work with Pilates for two and a half years got me back dancing.”

After that Angela had a successful and star-studded career. She appeared on Stars in Their Eyes singing a Billie Holiday song and later as a dancer and backing vocalist. She has danced at the Royal Opera House and the Royal Variety Show with Ant and Dec, worked with choreographer Arlene Phillips and been in commercials for Lee Jeans and Terry’s All Gold. Her film work includes a Ken Russell-directed segment of the film Aria and the Peter Kay’s 2008 TV show Britain’s got the Pop Factor.

‘…As Many Bodies as Possible’

When Angela’s bookings started to go quiet in 2006 she opted for a change of career. “I realised that I was already doing 45 minutes of Pilates as a warm up before any performance. So I phoned up Alan Herdman and said ‘Do you remember me?” I trained on his course and then worked as a teacher for Alan for four years and spent a day a week at Pilates Central during 2007. I was like a sponge, I wanted to work with as many bodies as possible.”

Scott-Walker received an unexpected call to perform at the Royal Variety Show in 2008. “I hadn’t danced for four years and didn’t think I could do it. But I was the only dancer without a back problem, thanks to Pilates.” Angela still dances “in my room” and also performs with the band Burning Inferno, doing jazz, Billie Holiday songs, ’70s funk and reggae.

She returned to Pilates Central in 2012 working three days a week: “The best part is meeting people traumatised with pain and knowing that I can help them.

I say ‘I’ll be giving you 20 per cent, but you have to do the other 80 per cent.’ I love that creativity side of building things and working with different age groups and bodies. It’s my dream job.”

She has some tips for using Pilates in everyday life.

“They call me the gluteus master! I love the glutes and the lats and hamstrings.

The gluteus is the biggest muscle in body and the least worked. I say squeeze your gluteus maximus at least 30 times in the morning and evenings. Plus hamstring curls and the arrow are all good things to do at home.

Or you can do a bum squeeze at the bus stop and no-one will know!”