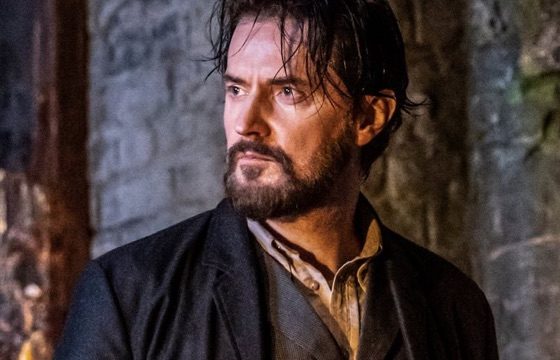 Pilates Central sends out a newsletter at least once a month about the world of Pilates.

Pilates can be Hobbit forming

The Hobbit actor Richard Armitage tells Metro that Pilates has taken him on an unexpected journey. Despite being decidedly tall, Armitage was cast as the dwarf Thorin in three films of The Hobbit. “I’m actually 6ft 3in  — I think I have grown an inch through doing Pilates,” said Armitage, who has also appeared in Star Wars, Hannibal, The Stranger and Ocean’s 8.

He continued: “I was really baffled when my agent said that they wanted to audition me for a short dwarf. I was working on Spooks at the time and had really hurt my back so was in agony for that rehearsal. I’m not saying that it made me smaller but it certainly made me channel some of Thorin’s anxiety. I was basically sitting there with my fists clenched and gritting my teeth because I was in so much pain.”

Thankfully Pilates has proved good for Richard’s elf, as his back problem is much better since he discovered the Fellowship of the Pilates Ring. It seems Pilates is big in Middle Earth (but not Mordor) as Gandalf, aka Sir Ian McKellen, has also recently extolled its virtues.

“Flexible Louise Redknapp stuns fans as she shows off impressive Pilates moves,” reads the Daily Mirror. The singer, presenter and Strictly Come Dancing star took to Instagram to announce, “I wanna see you stretch…” She posted a picture of herself flashing a peace sign as she stretched her legs in the studio. She was also seen holding on to a bar with her left leg through a hoop and hanging from two bars. Her post read: “After 3 years I went back to Pilates with one of my closest friends Sian who is an incredible Pilates instructor. I had a fab time — not gonna lie it hurt a bit… but felt good to be back… feel loads better even after just one session!” Louise, who split up with former footballer husband Jamie Redknapp four years ago, is a long-term user of Pilates. She told Women’s Health in 2017, “I confess, I’m not really a gym bunny, but I’ll work out three times a week, whether that’s with a trainer in my garden with friends, a HIIT session, or a Pilates class – I’ve been doing that for 10 years. I love reformer Pilates, too. It’s a great way to exercise, tone and lengthen your body. I always do it with friends. Training for me is very social.”

It’s been good to have Wimbledon back and the tournament has been quite a triumph for Pilates. Men’s champion Novak Djokovic is famed for his 180-degree split to return difficult shots, known as the “Spider-Man”. In 2020 Djokovic tweeted a picture of himself sliding his legs apart on a Pilates machine with the words: “Training for Spider-Man sliding #preseason.” It was a minor miracle Britain’s former Wimbledon winner Andy Murray, 34, even competed after a hip replacement and various injuries. He has used Pilates since 2012, crediting it with helping him clear his mind on court. The Daily Telegraph revealed that for his comeback he used, “an upgraded form of Pilates named gyrotonics” performed on “a frightening-looking contraption with multiple levers and pulleys” that instructors refer to as the Cobra, though its technical name is the Pulley Tower Combination Unit.

While India’s 34-year-old star Sania Mirza, a former doubles world number one, has used Pilates to train for Wimbledon after having a child. She told Mint Lounge: “Over the last few years, I have done a fair bit of Pilates. It is really good for the smaller muscles. It gives you some sort of flexibility, which I already have, but it also gives strength in the smaller and deeper muscles that you are not able to train very often in the gym.”

Clearly it’s a case of love all Pilates for plenty of tennis stars.

“Rita Ora is all smiles as she steps out in zesty lemon workout gear,” reports the Sun. Ora is the latest star to post Instagram pictures from the super-trendy La Forma Pilates studio in LA. Wearing a bright yellow top and leggings, she pictured herself with a Reformer machine and wrote, “She kicked my asssss today”, followed by “We keep pushing.” Shape website informed us that Rita was pairing Stax’s Monochrome Classic Crop with the brand’s seamless V4 tights to create, “a mood enhancing monochromatic look.” The singer was to make more sartorial headlines as she was later spotted doing Pilates in a similar matching bright orange outfit. Then the Daily Mail reported that she was “looking sensational” doing Pilates in a black sports bra and “rocking high-waisted leggings” with, “what appeared be two cupping bruises on her shoulder”. Cupping is a therapy, “where suction is applied to the skin for several minutes.” Suffice to say, zesty lemon workout gear and cupping bruises are optional at Pilates Central. And we promise not to kick anyone’s “asssss”…

You can signup to the newsletter by using the quick signup in the footer of the page below.